What does Lent, which starts today, have to do with a topic I’m very interested in: markets and morals? Last week I wrote that in order to reform a system, it’s good to have concrete alternatives, often tied to concrete traditions of thought. Through my classes in economic sociology and in social theory, I introduce students to scholars they may not encounter elsewhere in college, such as Friedrich Hayekor Amartya Sen. I use those readings, and this series of video interviews with scholars about markets and morals created by the Templeton Foundation, to teach students that markets are good but they also need to be regulated by morals.

Although I don’t directly teach Catholic social teaching, my reading of papal encyclicals on development and charity undoubtedly influence why I generally support free markets but am also concerned about economic inequalities. As the Compendium of the Social Doctrine of the Church points out, Catholic Church’s social teaching grows out of its moral teachings and its understanding of the human person. Lent is a time when Christians engage in particular practices to remind ourselves of our nature as persons and our duties towards others.

For example, during Lent, Catholics and other Christians are reminded to practice almsgiving. For Christians, charity is a duty, not a choice. As Pope Benedict XVI’s 2005 encyclical Deus Caritas Est (God is love) reminded us, giving alms must be accompanied by compassionate love for the other, or else it is not Christian charity.

During Lent, the Catholic Church calls its faithful to conversion. In turning our hearts back to God, not only do we work for our own holiness, we can better love others. Furthermore, Catholics generally are also asked to fast and abstain from certain things during Lent. In voluntarily giving up some things we normally like to consume, we act according to the idea that humans’ highest good is not found in the material realm but in the spiritual realm. The practice of abstaining from certain goods during Lent teaches the virtue of moderation when we return to consuming those goods.

At a societal level, the practice of almsgiving reminds us that no matter what economic system we have, some people need charity. In the American economic system, the market mostly coordinates the production and distribution of goods. Individuals, private charities and the government (note: that order is important if you heed the principle of subsidiarity, according to which those closest to the needy should do the most to help) care for those whose needs are not satisfied through their own abilities to produce and/or consume through the market.

So if the free market has flaws, why do I generally support the free-market economic system? Yesterday in my first-year seminar on social theory, we discussed Friedrich Hayek. Our guest speaker was Bruce Caldwell, who runs Duke University’s Center for the History of Political Economy and who wrote an intellectual biography of  Friedrich Hayek. 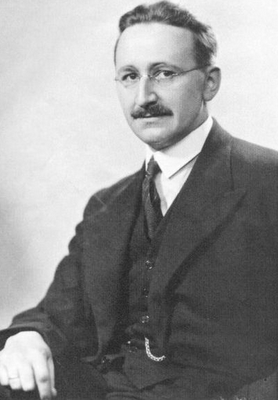 Hayek is most know for his critique of socialism, most powerfully made in  The Road to Serfdom, in which he uses the example of the Nazi system to address his concerns that British and American societies might embrace socialism. In several instances, history proved Hayek’s insights were mostly right: socialism–where the state controls the means of production, often leads to the state also controlling what gets consumed. If central planners decide what you must produce and what you must consume, Hayek argued, then political propaganda becomes necessary to get people to go along with the decisions of the planners. (This illustrated cartoon nicely summarizes Hayek’s argument in The Road to Serfdom).

Once they understood Hayek’s critique of socialism, my students astutely asked: What do Americans mean when they say they want more socialism? In general, Caldwell and I explained that most Americans do not call for socialism in the sense of expecting the government to take over the means of production or the distribution of goods. Many Americans do call for greater social justice or a larger social safety net. Although Hayek is most often embraced by people highly critical of government social spending, Caldwell pointed out that Hayek was not opposed to the idea a social safety net. Hayek may not have supported particular social programs like ObamaCare, Caldwell explained, but opposing a particular type of program does not mean one opposes all forms of social safety nets.

I began to read Hayek after spending a lot of time in a country—Cuba—which does not have free markets in production or consumption, and which has a one-party state with lots of political propaganda. When I saw first-hand how oppressive Cuba is in terms of economic freedom, political freedom, and religious freedom, I became curious about Pope John Paul II’s 1998 visit there and how Catholic moral and social teaching influenced his critique of Cuban policies.

From my time staying in Cuban homes, I learned that the material benefits usually attributed to the Cuban economic system (health care for all, economic equality) are at best greatly exaggerated if not entirely false. From my reading of great economists like Hayek and Sen, and great Catholic thinkers like John Paul II, I realized that what’s worse about the Cuban economic system, however, is that there is nothing morally good about it. Why?

My students next will read Amartya Sen’s Development as Freedom, in which he argues that material goods are means to higher ends, namely freedoms. When I had the honor of meeting Amartya Sen in person, I asked him, “Do you think the Cuban economic model is a good one?”

Sen’s emphatic response was, “A system where nobody is allowed to read the newspaper cannot be a model for anything.”

Sen cut to the chase—he didn’t start off saying things many academics sympathetic with Cuba or socialism generally have told me, like, “Well, Cuba has good health care,” or “Cuba doesn’t have rich people who own everything.” For Sen, the truth or falsehood of those statements are overridden by the evident fact that Cubans aren’t free. They aren’t free to read the newspaper, they aren’t free to practice their religious faith, they aren’t free to critique their government, and they aren’t free to choose what they feel like buying with their meager salaries of under $20 a month.

Free markets are good because they are free. Free markets allow people to live by morals that lead people to almsgiving, to compassion, and to sometimes being willing not consume something. Cuba’s communist economy leaves no room for freedom in production and consumption, and that lack of economic freedom is enforced by restricting political and religious freedom. There is nothing morally good about economic equality achieved by denying people the ability to reap the fruits of their work or to consume according to their own choices.

By writing about the scholars with important insights about markets and morals—both scholars who are believers and those who are not—I hope teach about traditions of thought that can help us reform our own families, towns, nations, and international system. Next month, Pope Benedict XVI will visit Cuba. I look forward to hearing his message of hope for the Cuban people and his message of freedom to the Cuban government. You’ll be sure to read about it right here.